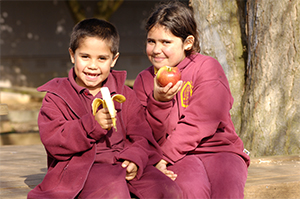 New data from Dental Health Services Victoria (DHSV) shows the dental decay gap is closing between Aboriginal and non-Aboriginal children, with figures showing the smallest gap in nine years of 11.6 per cent.

In 2008-09, the percentage of children presenting to Victorian public dental clinics with untreated dental decay was 59 per cent for Aboriginal children. Those figures were significantly lower for non-Aboriginal children at 43.3 per cent, a difference of 15.7 per cent.

DHSV CEO, Dr Deborah Cole, said that while there was still a dental health gap between Aboriginal and non-Aboriginal children, significant progress has been made.

“We have worked hard to close the gap and our commitment to improving oral health is clear in the positive outcomes shown by these numbers,” Dr Cole said.

Health promotion initiatives such as the Bigger Better Smiles education program is partnering with Aboriginal Health Services to build capacity for oral health promotion within these services, contributing to the declining levels of decay in the Aboriginal community.